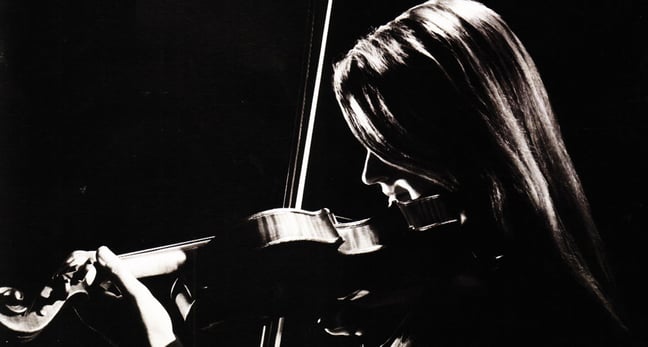 Learning to play an instrument is about hand positioning, technique, practice, and hard work. This careful training leads to muscle memory and tonal recognition. Mastery in playing an instrument requires additional skills well beyond even these.  Dr. Melissa Gerber Knecht, our guest blogger, is Professor of Music at Hillsdale College. Dr. Gerber has studied the development of pattern recognition in the human brain and the critical role this plays in achieving mastery of the instrument. Her recent book, Developing Your Musical Mental Map, is based on this research, and provides a useful guide for teachers and students seeking to achieve breakthrough improvement. 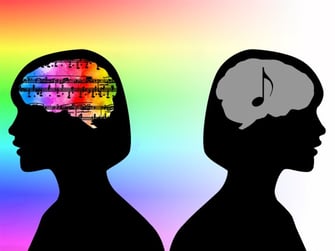 Many years ago, I had an opportunity to have coffee with world renowned violinist Midori.  She admitted that when she began her solo career at age eleven, she did not a have conscious awareness of how she played the violin. Yet at the end of her teens, she became overly analytical about everything she played on the violin.  At the time we were talking Midori was twenty-six.  She revealed that when performing her violin, she vacillates between analyzing her playing and letting herself be spontaneously musical. The amazing and very intimidating phenomenon was that she performed beautifully at all three levels of consciousness.

So how is it possible for Midori to perform and recall the demands of every note and not consciously understand violin technique?  I decided to explore the issue of music expertise to discover if there is any “science” behind it.

Expert musicians do not learn pieces one note at a time. Having achieved a high level of expertise, they scaffold music onto the previous pieces they know. This process is called chunking.  Chunking refers to the process of tying together units of information into groups and remembering the group as a whole rather than individual pieces.  In addition, the way our brain deals with standard situations is that it creates a set of expectations common to everyday situations and creates a framework called a schema.  As an example, by the age of five, children have learned to recognize chord progressions in the music of their culture. Our musical memory builds music categories (schemas) into which we fit details.

Related to this view of chunking is a chess experiment by De Groot.  He asked master and novice chess players to memorize chess boards positions from actual games for five seconds, then he took the board away from their sight and asked them to reproduce the boards. The chess masters quickly performed the task; novices had difficulty.  But when De Groot asked the chess players to reproduce random boards which could not have occurred in any actual game, the masters and novices performed equally, and poorly.  This suggests that the chess masters don’t have better visual memory than the novices; they are superior only when the material to be remembered makes some sense, and can be grouped into strategic chunks.

To apply De Groot’s view of chess expertise towards music I performed an experiment using a computer program called "Travesty" to generate groups of music patterns that appear typical, less typical, and not at all typical in Classical Western tonal music.  I tested string players’ ability to remember those patterns, using members of the Chicago Symphony Orchestra (experts) and Saline (MI) high school (novices). The players were asked to repeat eight-note patterns. When the patterns were random, the experts became novices. My research suggests that experts don't have a better aural memory. Experts did better only when the patterns made sense with their harmonic system.  In other words, what distinguishes the expert is the quality of their schema -- or musical mental map. 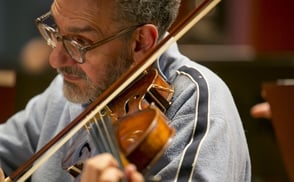 Charlie Pikler, Principal Violist, Chicago Symphony (one of the subjects from my experiment)

As string instructors, we are devoted to teaching students the individual skills required by conductors.  However, an expert musician is more than someone who simply possesses a high level of technical proficiency. Young musicians must develop skills in chunking and monitoring music patterns while using performance of music to lay the foundation for creating high quality musical mental maps.

Thank you for reading! For a full account of the statistical data, citations and references please go to my website www.musicalmentlmap.com.  For exercises specifically designed to teach the development of a quality musical mental map and to find the complete Chicago Symphony Test of Expertise refer to my book Developing Your Musical Mental Map.

Dr. Melissa Gerber Knecht is Professor of Music at Hillsdale College. She has performed as a member of various orchestras and chamber groups in the United States and abroad. Knecht is a frequent clinician for the ASTA national conferences and is presently the Director of MASTA Solo Competition. Knecht graduated with a BM and Ph.D. from the University of Michigan and MM from Indiana University. She has studied with Donald McInnes, Yizhak Schotten, Mimi Zweig, and Paul Kantor. More more blogs like this one, subscribe to the SHAR blog with your email in the field at the top of the page! Also, find us on facebook, Twitter, and Instagram!