New York City concert violinist Kelly Hall-Tompkins, by any measure, enjoys a fulfilling and rewarding career. From her busy solo touring schedule, to serving as concertmaster for some of Broadway’s biggest shows, to her recording work, including her own arrangements, to her humanitarian work, Kelly’s career as a professional musician is completely integrated into every facet of her life. But it wasn’t this way until she decided to pursue her own vision and voice. And that’s how Kelly became the artist that she is today.

We are pleased that Kelly Hall-Tompkins has agreed to share her story, inaugurating our new series of guest articles from musicians: The Lives of Artists . . . In Their Own Words. 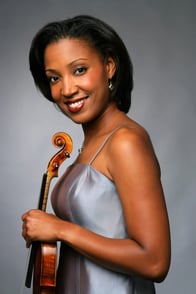 I’ve always loved the Joseph Campbell quote, “Follow your bliss…and doors will open where you didn’t know they were going to be.”  I originally assumed that by pursuing music, I was already doing that.  But one day early in my performance career, it just dawned on me that that wasn’t necessarily so: I was following a well-traveled career path but I was eager to break free and follow my own vision.  I wish I hadn’t thought for so long that it was such a radical or impractical thing to do, but I also know that life is about the journey and not a destination; so I value all of the life experience which has shaped the perspective and playing that I’m now blessed to do.

I absolutely love music, love performing and, through the pursuit of the projects that I am most passionate about, there have been so many doors where I didn’t know they were going to be.  For me, these magical new pathways spring from many projects: special collaborations, discovering the joy in wearing a presenter/ performer’s humanitarian hat in creating Music Kitchen- Food for the Soul, to bring music into homeless shelters, and especially recording.  The epiphany I describe was about the time of my 2nd CD, “In My Own Voice”; 7 pieces from Bach Chaconne to David Baker’s Jazzy variations on the Paganini 24th caprice, it was my first definitive foray into my bliss.  Next I decided to record not a CD, but music videos from Ysaye Solo Sonata #6 to my jazz arrangement of “Pure Imagination” from Willy Wonka and the Chocolate Factory, on DVD and YouTube.

I continue to be excited and grateful for the one million plus people all over the world who have viewed those videos online.  And I could have never known that those projects would lead to so many amazing new experiences, such as meeting President Obama, giving the U.S. premiere of a violin Concerto by Siegfried Matthus, an Honorary Doctorate, a Sphinx Award presented by Supreme Court Justice Sonia Sotomayor, being recently named New York Times “New Yorker of the Year,” collaborating on roots style music with Mark O’Connor and even a stint on Broadway in the title role as “Fiddler”/Violin Soloist of Fiddler on the Roof.  It is from that magical time on Broadway that I was inspired to create my current recording project:  I am thrilled to be the first official Fiddler to write and commission a whole program of all new concert pieces based on Fiddler on the Roof, in a new CD entitled, “The Fiddler Expanding Tradition” on Broadway Records. 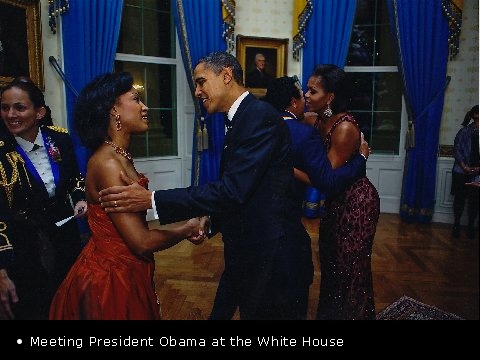 I still think classical music is the best thing on Earth, but I also love the expanded horizons I am exploring.  I think of it this way: having had the honor of serving numerous times on review committees for competitions, grants and CEO searches, one sentiment keeps catching my attention from audiences of very special artists and organizations, “Oh we don’t even care what ____ plays or programs; whatever it is, we know we’re going to love it!”  That should be the beacon to inspire us all, and so I say that when you follow your bliss, everybody wins.

Learn more about Kelly Hall-Tompkins by reading her biography.

Thank you for reading! To receive the rest of the "The Lives of Artists . . . In Their Own Words" blogs like this one direct to your email, as well as informational blogs, product reviews, string instrument news, fun contests, and more, put your email in the "subscribe" box on this page! You can also find SHAR on Facebook, Instagram, and Twitter!

Topics: Violin, The Lives of Artists... In Their Own Words, Music Careers