Teaching to Read, but never to Write? 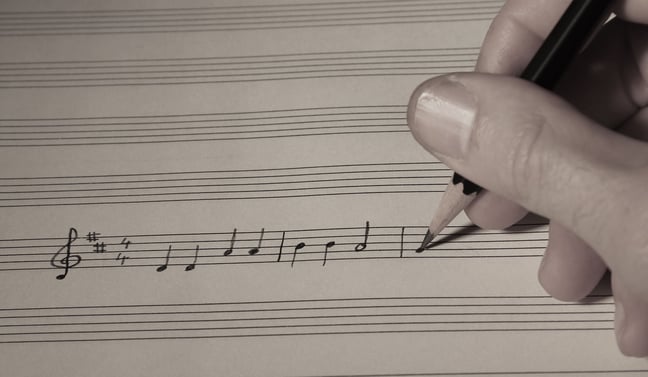 Music is an artificial creation. Often described as the highest form of art, it has nothing close to a natural existence but for the songs of birds and the movement of the planets. Its structure, elements, and substance are all born from human creativity. Every time music takes place, it is a new expression of centuries of influence being funneled through, and reconstructed by, an artist or collaborative group of artists. Only in the past century or so has the audio recording of music played a role in its propagation. Without audio recording, its only media for survival is an individual’s memory and written notation – the latter being the ultimate form for most works beyond traditional folk music. Without notation, great works of sufficient complexity simply couldn’t exist outside of the composer’s mind. However, the ability to write music by hand is going extinct as a pedagogical tool, and with it, the creative voice of each passing generation of musicians.

The average young English-speaker learns to read at the age of 4 or 5, usually after learning to write the alphabet and perhaps a few words, including their name. Over the next several years of schooling they will have book reports, spelling tests, creative writing assignments, and bluebook exams. Their teachers will balance the skills of reading comprehension with grammar and paragraph structure. The goal is for the students to obtain proficiency in reading and writing. The ability to communicate by wrote, therefore, is deemed dependent on both the skill of taking in information, as well as the skill of response, rebuttal, and the spontaneous creation of written text. Reading and writing aren’t two very separate skills, however. Our ability to read is strengthened by our ability to write, and vice versa. 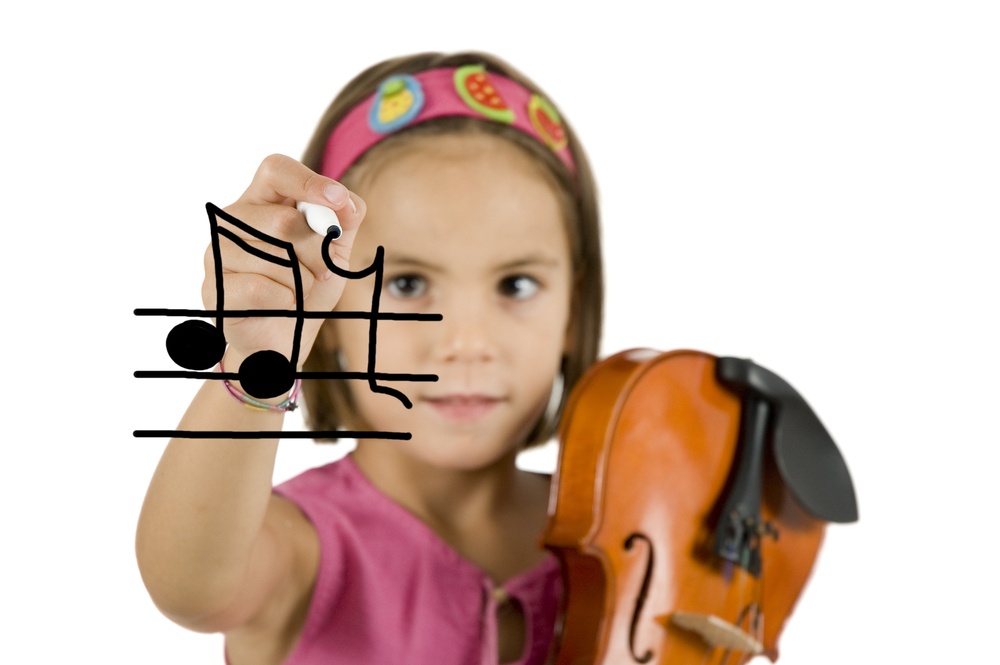 There has been a lot of research that shows that practicing the writing by hand of shapes, letters, and words greatly increases the ability to read and recognize. Should the same not be true of musical notation? When it comes to the lesson structure of the average young music student, the approach to reading and writing music is notably skewed toward the reading end; writing is either treated as a novelty assignment, a minor supplement, or is outright forgotten. I would wager that the average high-school-aged student of a stringed instrument has never written more than eight bars of music, doesn’t know the basics of notation and harmony, or the fundamentals of standard musical forms. They may have absorbed some insight from the multitude of written music that they have read and performed, but they likely have little to no experience applying that insight to the creation of new music, the transcription by ear or from memory, or transposition and arrangement. I seem to recall as a fifth grader, memorizing the preamble to the Constitution of the United States, and our teacher helping us to memorize it by writing it by hand (over and over). Though, never was I asked to write out a particularly difficult section of music.

The problem with a reading-centric approach to learning an instrument doesn’t stop at limiting students’ ability and confidence to compose, arrange, and transcribe. Rather it changes the entire meaning of music for the student. When music is only presented in the form of an engraved piece of music with a title and composer at the top – music becomes static. It forces the student to take on the role of a biological player-piano. Every tune becomes a strict script, and what comes out of the instrument is simply a translation of what is notated to what can be heard. However as artists grow, they begin to find that written music is merely a blueprint, and that written musical ideas require the interpretation, rather than just translation. The focus becomes less about right and wrong notes, and more about bringing a musical idea to life. And when a capable interpreter begins to interpret their own musical thoughts through improvisation and composition – that is when their true identity can emerge; that is how they will develop a true love for music as a tool for expression and communication.