March is Women's History Month, so SHAR wants to take this opportunity to celebrate female composers - some that you've heard of, and perhaps some that you have not! This week, we're introducing you to Fanny Mendelssohn, a brilliant, talented, and relatively unknown female composer. 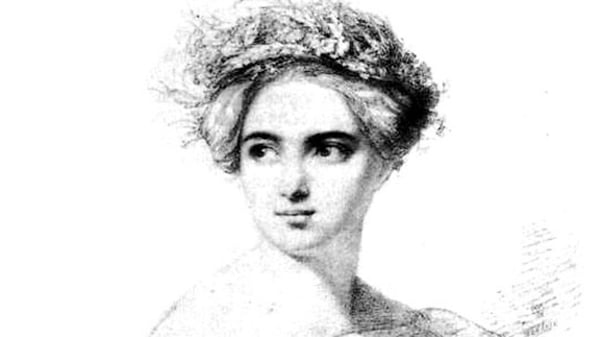 What do you first think when you hear the name Mendelssohn? I’m sure Felix Mendelssohn comes to mind with his famous Violin Concerto in E minor. Did you know he had a musical sibling? The eldest of the Mendelssohn children, Fanny, was an accomplished pianist and composer, but her nearly 500 compositions never gained the same notoriety as her brother’s. Some would argue that her compositions just were not as “good” as Felix’s. With the subjective nature of music, that could not be the sole reason for her lack of success. Given the time period, it would be thoughtless to say that the fact that Fanny Mendelssohn was a woman played no role in this outcome.

Fanny was born in Hamburg, Germany in 1805 and was the eldest daughter of Abraham Mendelssohn and Lea Salomon. Both her parents were very cultured and invested in their children’s education. The four Mendelssohn children were taught a variety of subjects, including foreign languages, reading, writing, arithmetic, and music. Fanny began piano lessons with her mother at a young age, and she quickly took a liking to Bach and his piano pieces. By the time she was 13, she could play all 24 Preludes from Bach's The Well-Tempered Clavier by heart.

She and her younger brother Felix developed a close relationship that centered around their love of music. Visitors to the Mendelssohn household were often treated with impromptu concerts by the siblings. Both continued to develop their skills on piano at home until their parents enrolled them in the Sing-Akademie zu Berlin, a musical society led by Carl Friedrich Zelter. There, both Mendelssohn children continued to study piano and composition and evolve as musicians.

Both Fanny and Felix’s skills in composition began to develop more rapidly under Zelter’s counterpoint teachings. Their favor for the Baroque-style showed clearly in the harmonies of their early compositions. Despite the equal education they received, Zelter expressed favor for Fanny and her musical prowess over Felix. In a letter to poet Johann Wolfgang von Goethe, he wrote about Abraham Mendelssohn and his children: “He has adorable children and his oldest daughter could give you something of Sebastian Bach. This child is really something special.” He later told his poet friend that Fanny played piano “like a man”. While a comment like this was considered high praise of her skill for that time period, the societal expectations of women continued to impact her musical progress moving forward.

As the children grew and word spread about the prodigal Mendelssohn siblings, it comes as no surprise that the possibility of music as a career was addressed. Though their father originally did not like the idea of his son choosing music as a profession, he could not deny Felix’s talent and dedication. His reaction to his daughter’s desires was less favorable. In a letter to Fanny on the subject, he wrote, “Music will perhaps become his [Felix's] profession, while for you it can and must only be an ornament, never the basis of your being and doing.” Fanny continued to compose and play in their family’s salon, even though her father was considered “tolerant, not supportive” of her activities.

In 1829, Fanny married painter Wilhelm Hensel and became Fanny Hensel. In her husband, she finally found someone who was supportive of her composing, but she ended up settling into her role as a wife and mother very easily, as was expected of her at the time. She and her brother Felix remained close and bonded over music. He often went to her with his new compositions before he went to publish them, and referred to her as "Minerva," the Roman goddess of wisdom, for her musical abilities.

Felix was privately supportive of her as a musician and composer, but did not believe she should publish her works under her own name. In a letter to his mother in 1837, he wrote, “From my knowledge of Fanny I should say that she has neither inclination nor vocation for authorship. She is too much all that a woman ought to be for this. She regulates her house, and neither thinks of the public nor of the musical world, nor even of music at all, until her first duties are fulfilled. Publishing would only disturb her in these, and I cannot say that I approve of it.” As a compromise, Felix offered to rearrange a few of Fanny’s compositions and published them under his name. He once received praise from Queen Victoria on Fanny’s songs “Italien”. When the Queen told him it was her favorite of his compositions, he graciously credited his sister.

Even though both her father and brother disapproved, Fanny was driven and confident in her own abilities, and she decided to publish a collection of songs in 1846. She went on to publish a handful of collections under the name Fanny Hensel before her death. In 1847, she died of a stroke while playing one of her brother’s pieces. Felix passed six months later of a stroke, as well, but not before he completed his String Quartet No. 6, which he wrote in Fanny’s honor.

Throughout her life, she primarily composed songs, piano, chamber, and choral works, genres that were considered “feminine” because she was afraid of coming off as pushy or “masculine”, but the volume she wrote was astounding. Especially relative to the number of collections she published. There is also speculation that the “Song Without Words” form was in part her creation. While Felix Mendelssohn is known for making this genre popular, Fanny wrote many collections of “Songs Without Words”. With the transfer of musical ideas between the siblings, it isn’t a stretch to say that she had a hand in Felix’s success with the genre.

Through letters, first-hand accounts, and resulting published works, history tells us plainly that Fanny Mendelssohn was a talented musician and accomplished composer. She received the same education and training as her brother and could have encountered similar opportunities for exposure and success. Yet, Felix is the only Mendelssohn we hear about in our music history classes. The time in which she resided no doubt played a part in her anonymity. Names like Bach, Mozart, and Beethoven will go down in history without us needing to remember them. Musicians like Fanny Mendelssohn need to be lifted from history books, dusted off, and celebrated for the artists they are.

Make sure to subscribe to our blog and follow us on social media for more about Fanny Mendelssohn and other notable female composers throughout the month of March!