Do I Need a Shoulder Rest For My Violin? 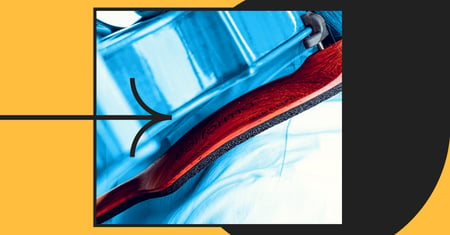 Shoulder rests are a relatively recent, and somewhat controversial, part of a violinist or violist's kit bag. One musician or teacher may tell you that a shoulder rest is an absolute must; another might insist that it's not only unnecessary, but detrimental. So, who's right?

Well, both and neither. Those who insist that a violin is not complete without a shoulder rest are disregarding a few centuries of evidence to the contrary. Those who insist that all shoulder rests should be thrown out are ignoring a great deal of ergonomic value, and are perhaps being a bit overwrought about the impact these handy devices have on an instrument's sound.

Why use a shoulder rest?

The earliest printed mention of shoulder rests appears in Pierre Baillot's 1835 publication L'art du Violon, wherein he suggests that people whose shoulders aren't broad enough to support an instrument add a cushion or thick handkerchief underneath the instrument while playing. To this day, many teachers believe that the best sort of rest for a young player is a simple foam cushion (such as these cushions made by Xeros).

Many also caution that it's best not to start a player on a rigid style of rest too early, especially when their bodies are still growing. Far too often, a young player will use the same rest for years, even into adulthood, creating poor posture and habits that could have been avoided by more careful attention to how the rest fits their body.

Finding the right violin shoulder rest ideally starts with asking for input from your teacher or, in a pinch, an expert at the violin shop. No matter your age, there is no perfect "one-size-fits-all" shoulder rest: compatibility with a rest depends on body type, posture, and a number of other considerations. A quality shoulder rest, such as these made by Performa, are both sturdy and adjustable, allowing the rest to accommodate many body types. Still, it's best to consult your teacher before taking the plunge on any one rest.

In looking for the best violin shoulder rest, one must also put to rest a common misconception: shoulder rests aren't necessarily the best thing for compensating for a long neck. While it may help in getting the instrument into position, adjusting the chin rest does more to help in this regard.

Shoulder rests may not be right for everybody, but if used correctly, they can do a lot to help prevent posture issues and unnatural strain on a musician's body. A study conducted in Brazil and reported in Acta Ortopedica Brasileira looked into the musculoskeletal disorders that most frequently affect professional violinists and violists, finding that "the neck, shoulder and temporomandibular joints are the most commonly affected areas, due to prolonged flexion of the head required to hold the violin." Adjusting one's posture can do a great deal to relieve these strains; often, a shoulder rest is just the thing to help make those adjustments.

Why not use a shoulder rest?

The reasons to forego a shoulder rest are often more nebulous and aesthetic in nature, though not strictly so. Some claim that shoulder rests dampen the natural resonances of the instrument; others simply want to keep with tradition, and many documented violin greats (Jascha Heifetz, Nathan Milstein, et al.) were known to work without a rest.

In a blog post a few years back, First Associate Concertmaster of the Los Angeles Philharmonic Nathan Cole talked about his decision to abandon his shoulder rest after 30 years. Invited to play an intimate recital on a Stradivarius previously used by Nathan Millstein, he decided it would be inappropriate to use a shoulder rest, which lead to him abandoning it altogether. It was a difficult transition, and one that involved a few physical shifts in how he plays and a move to a more minimal chinrest, but Cole ultimately found it improved his playing: "I’ve arrived at a different vibrato and a greater variety of shifts, compared to my rest-ing days […] I like the changes".

Others simply find shoulder rests uncomfortable or unhelpful. While some of these experiences can be chalked up to misuse (another reason why it's so valuable to consult your teacher on the matter, especially for beginners), some body types and posture tendencies are just better suited to life without a chinrest.

So, which way should you go? That isn't for us to say. Consult your teacher, consult your local shop, but most importantly, consult your body! Only you know whether a shoulder rest is right for you or not.