Today we have a marvelous story from SHAR Apprentice James Engman. James shares with us his discovery, in the musty, dank corners of the University of Wisconsin's School of Music Library, two Fritz Kreisler pieces composed for the UW football team. Not only does James's story remind us to keep our eyes and ears open for what's wondrous and overlooked, it shows us how James's eclectism -- a love of old pipes, arrowheads, football, classical music -- has as much to do with his discovery as his determination to find the perfect performance piece to end his undergraduate career.

Several hours after taking my dog for a long walk last weekend, I was on my way to the local Ypsilanti Historical Museum with a 175 year-old ceramic tobacco pipe. It had apparently been dropped into the Huron River by An early 19th Century fur trader, where it remained caked in mud through the Civil War, the entire 20th Century, the birth and death of 15 US Presidents, and the blossoming and conclusion of Justin Bieber and Selena Gomez’s relationship. Finally, I came upon it sticking out of the silty river bank in the spring of 2013. My propensity to pick up interesting looking garbage is finally paying off, yet this is not the first time that I found something that hasn’t been gazed upon for many years. I once found a flawless arrowhead on my uncle’s property in Northern Wisconsin, and came upon some nickels from 1905 while replacing drywall in my childhood home. While reflecting on the excitement of finding the old pipe this weekend, I remembered another discovery from about a year ago. So far, it ranks as probably the most meaningful and exciting of my discoveries, and it was actually a piece of music.

While preparing for my senior recital last spring, I decided that there was room for a short “dessert” piece at the end of the program. I was intent on playing a piece by each of my favorite violinist-composers, Pablo de Sarasate and Fritz Kreisler. Since I had already chosen Sarasate’s “Jota Narvarra” to conclude the first half of the recital, I was in the market for a charming piece by Kreisler. Clicking through countless YouTube videos, exhausting myself through countless Naxos albums, and finally letting my Fritz Kreisler Pandora station do the work as I folded laundry, I was full of ideas. Still, nothing was speaking to me on a deep personal level – the way I wanted to conclude my undergraduate performance career. I decided to do some reading about Fritz Kreisler to learn more about his music, and I began with a short biography by Eric Wen at the beginning of The Fritz Kreisler Collection, the first book in a fantastic series of Kreisler sheet music compilations from the publisher Carl Fischer.(Note: If you have a chance to read about Kreisler’s early composing career, you will certainly find the circumstances of his success inspirational.) There was one sentence in that short biography that caught my eye. I suddenly knew exactly what I was going to play at the end of my recital, though I didn’t know the title or what the piece even sounded like. 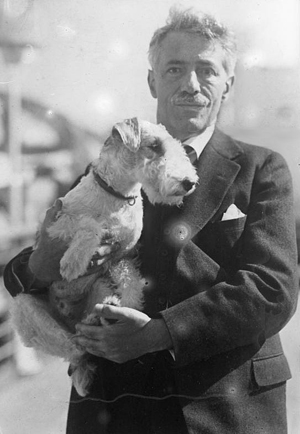 The sentence that caught my eye was the conclusion of a paragraph about Kreisler’sversatility. Wen wrote, “At the request of a friend, [Fritz Kreisler] even composed two football songs for the University of Wisconsin.” My recital was the conclusion of my undergraduate studies at that very University. At first I simply sat and stared inquisitively at that line, reading and rereading it until it made sense. It was as if God himself inserted that coincidental nugget into the universe for the sole purpose of me finding it. Old posters in the Union Theater told me that Kreisler had performed for UW, but I had never heard of a piece written by him for Wisconsin. I immediately scoured the internet for information. Google didn’t bring up a single hit for anything about a UW football song by Kreisler. I even asked my professor, Tyrone Greive, who knows everything else you could possibly know about the violin and our University, and he had never heard of Kreisler writing a piece for the UW. Without the help of the internet or music scholars who had been at the University for years, there was only one option remaining: to search the depths of the musty catacombs that is the School of Music’s sheet music library.

After hours of paging through old songbooks from Kreisler’s time, I finally came upon a section of thin paperback books inside hard green folders entitled “Songs to Thee, Wisconsin.” They were printed in 1948, the year my grandfather returned from the War and enrolled in the University of Wisconsin as a freshman. In them were two songs with Fritz Kreisler’s name at the top: Pioneers of Wisonsin and Valiants of Wisconsin. The words were written below the melody, and below that was a piano accompaniment also written by Kreisler (who was an accomplished pianist). According to the songbook, Kreisler was a good friend of UW’s President Clarence A. Dykstra, who had written the words to Pioneers of Wisconsin and wished for Kreisler to write a melody and accompaniment for them. The piece was first performed at the 1943 homecoming game with a marching band arrangement by conductor Raymond Dvorak. 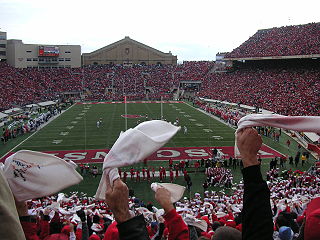 While both of the pieces certainly had all the gaudy charm of a football fight song, I chose Pioneers of Wisconsin, being that it was in D major, had a lyrical introduction, and a refrain that led itself to be easily turned into a theme and variation. I composed two variations to showcase double stops, harmonics, arpeggios, and barriolage, and had a few days to get them under my finders and memorized. My recital was a few months after the Rose Bowl, in which the Badgers ended their fantastic season with an unfortunate loss. While only a few members of my recital audience were avid Badger Football fans, of those, only one or two had any idea of the importance of Fritz Kreisler and his repertoire. Regardless, I felt that I had brushed of some lost artifact, and while it may not have awed anyone much more than a washed-up old tobacco pipe, it bridged two eras and united two very different pastimes. I imagine my grandfather singing these pieces at his first UW homecoming celebration, and how they may have had the popularity that “Sweet Caroline” or “Jump Around” have today (songs that are both played endlessly at UW football games).

My hope is that every musician will at some point have the experience of discovering an old, obscure piece. There are many out there, whether in print or not, lost among the multitudes of favorites that grace thousands of recitals and concerts each year. You might not always find them where you think you would, but eventually they surface and present themselves to someone lucky enough to have their eyes on unlikely places.

If you have a story of discovering a little-known piece of music, please send your story to jamese@sharmusic.com.