Mark O’Connor Has a Dream for American Violinists

We'd like to welcome our newest SHAR Apprentice James Engman to the SHAR Music Blog! James studied violin performance, physics, and math at the University of Wisconsin in Madison, and he hopes to use his degrees to excel in instrument repair. What we love about James's first blog is that his enthusiasm is so catching: his experience at the Mark O'Connor Teacher Training Workshop clearly affected him a great deal, and you can sense the transfer of enthusiasm from Mark to James and then to yourself as a reader. And isn't that how most of us got into the arts anyways? We heard or saw or read something amazing by another artist, and we thought: "I want to do that too." 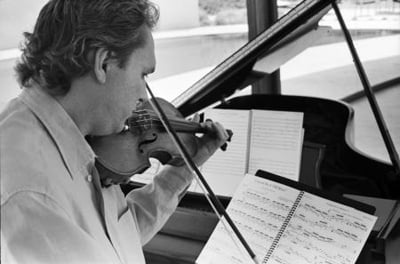 If you know just a little about Mark O’Connor, you might describe him as “the world’s greatest fiddle player.” And while that title is apt, I would go even further. As someone who has followed Mark O’Connor’s career closely, I would describe him as “America’s virtuoso musician.” And I'm not be using the term "virtuoso" in the modern sense of a highly technically skilled performer (even though that would also be accurate). Rather, I'm excavating an older use of the term. In J.S. Bach’s time, a virtuoso was a musician who explored all the realms of musicianship and was accomplished in performing, composing, arranging, teaching, and who also studied theory, history, and philosophy.

I'm getting ahead of myself, though. When I heard Mark O'Connor speak this weekend at a teacher training workshop in Ann Arbor, I realized how genuine and deep an artist's dedication can be. He recalled being eight years old and, having seen Cajun fiddler Doug Kershaw play “Diggy Liggy Lo” on The Johnny Cash Show, he begged his parents for three years to buy him a violin. It is that young, unbridled enthusiasm – a child's determination to play like Doug Kershaw – that drives Mark O’Connor and his followers. Likewise, his method nurtures this enthusiasm, and it produces well-rounded, creative string players who, above all, love making music. Being a virtuoso is all well and good, but this passion – and a drive to unlock this passion in others – is also an important part of Mark's method. 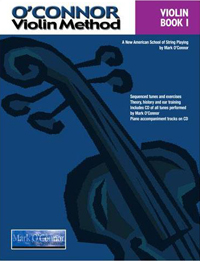 It's true that this weekend I was certified in the Mark O’Connor Violin Method, which is a relatively new method for learning to play the violin (there are other, similar methods for viola, cello, or bass). But it's also true that I had low expectations when I arrived. I had been classically trained and had little fiddling experience and I knew Mark was primarily known as a fiddler. What I discovered, though, is that Mark’s method has a vast range of styles and is steeped with every aspect of American music. By the end of the weekend, I had been fully convinced by the passion behind the method and by the method itself. I’m unable to put my finger on any one reason that sold me on Mark’s vision: there are just too many. I can say that I see this method as a revolution in early string development, one that could produce fantastic violinists who can adapt to many styles and who possess the artistic creativity needed in today’s musical world.

The method displays a great deal of respect for beginners. The first song in Book One is “Boil ‘em Cabbage Down,” an American Folk Song, which requires three fingers and is immediately followed by two bowing variations. It’s a radical idea to bow four different notes on the first page of a method book. Mark O’Connor doesn’t underestimate the creativity and ability of the young mind. As I saw videos of four-year-old students playing the tune within weeks of picking up their tiny violins, I knew it would be a refreshing change from the mundane early pages of so many other methods.

In addition, every tune in the book comes with a history of American music. Over the course of the method, the student acquires a comprehensive understanding of music in the Americas from the Colonial Era to the present. “Boil ‘em Cabbage Down,” the book states, is an African-American hoedown that was an adaptation of the African slaves’ fiddle-like playing of bowed instruments to the Scottish/Irish “reels” of the European American fiddlers. This story sets the tone for Mark’s vision of the method, bringing a myriad of musical cultures in America together in one melting pot. For the past four centuries, violin playing as been radically separated into two camps: academic practice of European performance styles and popular folk styles. Having learned the former, I realized that the only thing keeping me from crossing into the latter was an unexamined prejudice instilled in me by my training. It is a sad prejudice that the Mark O’Connor Method attempts to eradicate. Students of the method will play one instrument but from there the possibilities multiply: genres range from classical to jazz, blues, bluegrass, mariachi, ragtime, and even rock 'n' roll.

The method also offers piano accompaniment parts as well as guitar chords for teacher or parent accompaniment. There is also a CD included of Mark playing all of the pieces and recordings of piano accompaniments. Most of the tunes have a duet line as well, allowing the teacher or another student to play harmony. These features make the method ideal for group instruction. There is also an entire Orchestra Method that brings the innovative styles to the string ensemble, allowing schools to inject their repertoire with excitement. 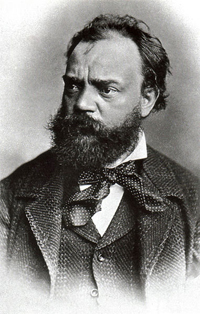 This method should be especially relevant to young teachers who are looking to add structure and versatility to their curriculum. Being a recent college graduate, I myself am eager to find young students in order to help shape them as musicians. However, it's difficult to see myself teaching students in such a different manner from how I was taught. The thing that's great about the O'Connor method, though, is that I could add more classical repertoire as my students reach a higher level of playing. Again, that’s the wonderful thing about this method – it doesn’t hinder young classical violinists from developing the style needed to play baroque and classical music. Rather, I believe the musicality and technical progression of Mark’s choices will allow rapid growth in dexterity and style.

Mark O’Connor mentioned during his visit that he once broke down and wept when he read about Antonin Dvorak’s conception of an American style of classical music based on African-American melodies and Native American themes. While jazz, blues, and folk styles were eventually integrated into the classical scene with composers like Bernstein, Gershwin, and Copland, O’Connor notes that there are very few compositions in those fusions of styles that highlight stringed instruments. His compositions and method books are the answer to that gap, and they will surely alter the future of violin performance.