A Meditation on Allegri's Miserere 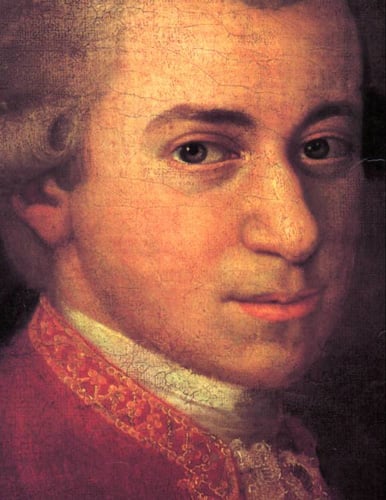 Few would deny that W.A. Mozart’s musical brilliance is essentially unparalleled. As a child, Wolfgang mastered multiple instruments and began his incredibly prolific career in composition. A testament to the child’s genius is his 13-year old encounter with Allegri’s Miserere. This piece was only allowed to be performed twice a year and only in the Sistine Chapel. When he and his father visited Rome in 1769, Wolfgang apparently asked to see the score of the Miserere. At the refusal of his request, Wolfgang transcribed the entire score from memory after hearing the piece performed once. He returned the next day with his transcription rolled up in his hat in order to check it for errors; apparently there were only two necessary revisions.

This is the enduring story of Mozart’s child genius and is one of the Miserere’s popular claims to fame. But, because of this oft-cited story, perhaps we have forgotten why Mozart was compelled to transcribe the piece in the first place. Perhaps this sacred time and space has been lost to us.

It is now after 3am on the vigil for Good Friday. Michelangelo’s frescoes are dimly lit – first by fifteen candles, then fourteen, thirteen, and eventually all is dark save for one candle which remains hidden. When this sole candle is all that remains, the Holy Father silently rises in order to kneel before the altar. Two choirs, spatially separated, then begin their exchange: the first recites a line of Psalm 51 in plainchant while the second follows with ornamentation. You have never heard this music before because it is only performed at this time and at this place. But as you listen, time and space cease to restrain you and your heart kneels in contrition with the Pope, King David, and the whole host of humanity as it sings, “Cor mundum crea in me…”

Mozart famously remarked that the silence between the notes is more important than the notes themselves. The modern world is anything but silent, and it even seems that we are often afraid of the silence; am I wrong in suggesting that we often suppress silence because we are afraid of what we might hear if we were to actually listen to it?

Today let this not be the case. As you listen to the chant, allow the tears of the ages to wash over you like a pure stream of living water. Give yourself over... come before the solitary candle in your heart. Perhaps you will find there a glory that is greater than the frescoes of Michelangelo, the falsobordone of Allegri, and the entire body of works by Mozart.