Letters to a Violinist: Mendelssohn's Octet

What are we actually hearing when we listen to classical music? In a new series of blog entries, our resident violinist Alberta Barnes will assign our resident writer Joe Chapman (and classical music novice) a work by a famous composer. Joe's letters to Alberta will respond to the work without recourse to musical terminology, and Alberta's responses will explain what, exactly, Joe is hearing. Have a favorite composer or work you want Joe and Alberta to write about? Leave a comment below and they'll tackle that one next! 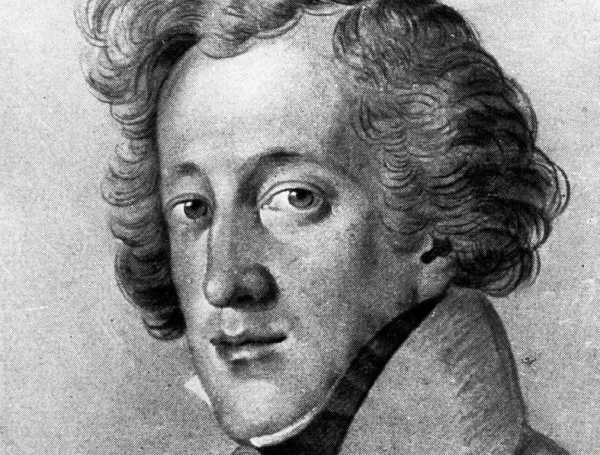 I have to say that I loved the first movement of Felix Mendelssohn's Octet. It was light, airy, and dare I say it, happy. Honestly, I'm not sure I understood its happiness, though. When I first listened to it, without having read up about the circumstances of its composition, or any analysis of it, I imagined a Greek myth, or at least a scene not totally human – nymphs or gods or some combination of the two – because the music of the piece didn't make me feel that I was hearing a human joy.

I guess I wasn't surprised, then, to learn that Mendelssohn had otherworldly creatures on the brain when he composed it. Scholars commonly cite William Shakespeare's A Midsummer Night's Dream and Johann Wolfgang von Goethe's Faust as major influences (both works contain their fair share of the supernatural). These lines from Faust are said to have inspired the Scherzo movement: "Wisps of cloud and mist / Are lit from above / Breeze in the foliage and wind in the reeds / And all is scattered." It also didn't surprise me that Mendelssohn was young – 16 – when he wrote the Octet. Something about the piece suggested to me that perhaps the composer hadn't experienced what David Foster Wallace calls "true adult sadness."

And what a beginning! When the Octet opens, what I hear is a forest growing, being brought into being, before my ears. The first movement opens almost lazily, as if a painter fills in a tree here and a sprite there in the forest scene. And when the cellos enter, I start to hear the tension in the Octet that I think continues for much of the movement: the two quartets chasing each other, violas and violins whizzing around each other like fairies, the cellos like the firmer forest growth underneath.

It also sounded to me like the first movement of the Octet ended twice before it really ended: once about a third of way through and then two-thirds of the way through. When the Octet started up again after the first faux-ending, it was calm, not a resurgence but, as if after having settled, it unfolded again, bloomed, and with a surprising ease. The second lull, two-thirds of the way through, almost sounded like sadness at the impending end of the movement, as if the movement has become conscious of its conclusion.

Tell me if I'm crazy, Alberta, and if I'm just imagining these sprites. What am I hearing? And what is the musical term for this gorgeous tension between the two quartets that go their slightly separate ways and then return, occasionally and almost felicitously, to harmony?