Why Do We Cry When We Listen to Music?

I'm not sure if you all follow Alex Ross's music blog The Rest Is Noise but today I came across a post that has my brain in a tailspin. In a good way.

Ross's post is titled "The Appoggiatura Imbroglio", and whatever the words "appoggiatura" and "imbroglio" mean alone or together, the post is about Grammy-winner Adele and her song"Someone Like You". Apparently, the song makes EVERYONE cry. To help explain why, The Wall Street Journal featured an article on the science behind songs that make us cry. Here's what the article, "Anatomy of a Tear-Jerker", by Michaeleen Doucleff, says:

Chill-provoking passages, they [scientists Dr. Guhn and Marcel Zentner] found, shared at least four features. They began softly and then suddenly became loud. They included an abrupt entrance of a new "voice," either a new instrument or harmony. And they often involved an expansion of the frequencies played. In one passage from Mozart's Piano Concerto No. 23 (K. 488), for instance, the violins jump up one octave to echo the melody. Finally, all the passages contained unexpected deviations in the melody or the harmony. Music is most likely to tingle the spine, in short, when it includes surprises in volume, timbre and harmonic pattern.

OK. So when the music builds, introduces a new voice, expands its frequencies, and then breaks an established melody, apparently listeners can't help but feel a tingle in their spines. As the article later suggests, the spine-tingle, depending on the context of the song, can turn into tears, exclamations of joy, or maybe even a nervous sweat.

And because the Adele song is about love lost, about wishing her ex- the best, and about declaring (so sad!) that she'll look for someone "just like you", listeners inevitably get out the kleenex. (I admit I felt a little verklempt myself.) 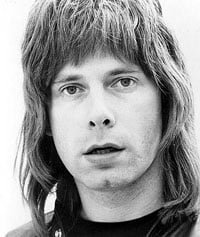 Is everyone going to feel this way, though? Is it really scientifically proven that pianissimo to fortissimo, a new voice, expanded frequencies, and an unexpected deviation in melody will make us burst into tears? Alex Ross and another blogger, Isaac Schankler, quote one commenter on the The Wall Street Journal piece:“I’d like some scientific explanation of why that song does nothing for me.” A little grumpy, I have to say, but a valid point.

I can't help asking this question, though: Are these studies of what makes us cry in music just fancier versions of Nigel Tufnel in This is Spinal Tap claiming that D minor is "the saddest of all keys"? Am I just a big skeptic or can you say that certain songs are basically guaranteed to make everyone weep without sounding a little ridiculous?

I'm going to get our resident violinist and blog writer Alberta Barnes to post about this topic soon. In the meantime, I'm going to listen to Adele again and have a good cry.