Mark O'Connor's approach to American classical music is not just innovative – it's democratic.

When educator Lynn Brosnan discovered that her school had a chance to win a performance with the New York-based musician Mark O’Connor, she imagined the impact that such a concert would have on her students and the String Program in the West Bloomfield School District. So, Ms. Brosnan began encouraging her students to submit essays to the SHAR Music contest that would award Mark O'Connor concerts to four deserving schools. When the winners were announced and SHAR listed Abbott Middle School in West Bloomfield as one of the four national winners, Ms. Brosnan was ecstatic.

So what, exactly, is Ms. Brosnan so excited about? 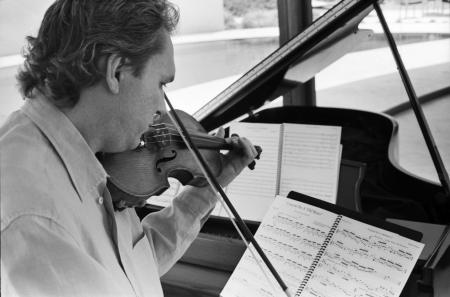 Mark O'Connor, the winner of two Grammys, is a remarkable  composer and violinist. John Williams has conducted his orchestral works, and Yo-Yo Ma has performed and recorded his chamber music. And though Mr. O'Connor began as a classical guitarist, he has become one of the most respected violinists in the world. That's not the whole story, though. Mr. O'Connor is perhaps better known as a fiddler and for his strong commitment to traditional American genres such as folk, country, bluegrass, and jazz. Like the trumpeter Wynton Marsalis, O'Connor has dedicated himself to American idioms, and this dedication infuses all his work, which includes strings education. 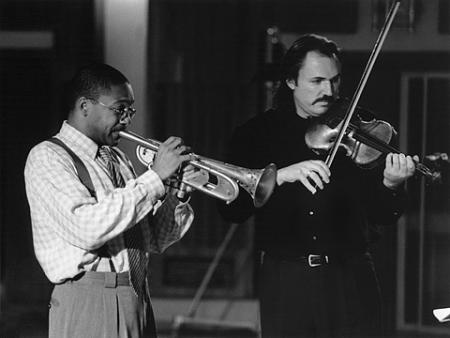 In a less talented musician, these interests could result in an eclectic but ultimately incoherent approach. However, Mr. O'Connor's wide-ranging interests — European and American classical music, composition and playing, African-American and indigenous music and the genres those styles influenced, and America's music education programs — somehow cohere. One needs to look no further than Mr. O'Connor's manifesto "A Reemerging American Classical Music" to see how these interests come together.

Mr. O'Connor's manifesto can best be described as a bold vision for American music, one that pushes educators and composers to fully embrace their American musical heritage. O'Connor wants educators and composers not only to draw on America's musical vernacular but to continue the creation of distinctly American classical music, which, as he says, could significantly contribute to our culture. (Not just to our musical culture but to our wider cultural heritage.) Latino, African, and Native American roots, American genres such as jazz, folk, and country, and unavoidable European traditions are all valid strains in O'Connor's proposed American classical music. 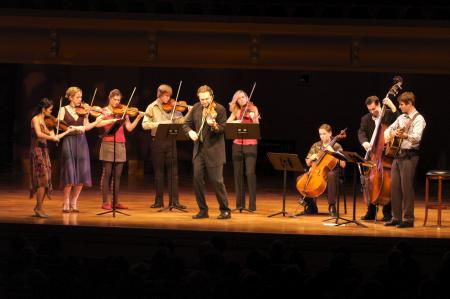 One way to achieve this music, O'Connor argues, is to bridge European and American traditions through a common instrument, the violin. (Mr. O'Connor also makes the point that we need more composer-musicians instead of specialized composers and performers. Check out his manifesto for more.) As Mr. O'Connor writes in "A Reemerging American Classical Music," "the heritage of our country is musically encapsulated in it [the violin]." He continues:

The violin — or fiddle, if you prefer — bridges the gap between traditional American music and classical music, for it is the most prevalent instrument in both domains. Only by becoming familiar with this instrument and delving into America’s artistic traditions will our composers usher in a cohesive style of American classical music that, I believe, will have an enduring impact in the wider world of classical music.

If O'Connor's point is that we need to ensure the vibrancy of an American classical music, which it is, then the violin can and should serve as the this music's bridge, fulcrum, and catalyst. The incredible versatility of the instrument — its capacious voice — allows the violin to contain the variety of American and European traditions.

On the fiddle, as well as on other stringed and percussion instruments, American musicians developed a unique and improvisatory music, a music wreathed in both individualism and egalitarianism, a music that conveyed both hope and sorrow, humor and militarism, vulgarity and virtue.

Mr. O'Connor's project is not just about music. It's about inclusion. It's about embracing a rangier version of ourselves, and it's about embracing all of our American musical traditions, especially those traditions begun and fostered by underrepresented groups. It's about exploding our specialized roles as composers and performers. It's fundamentally democratic. As another eclectic New Yorker once wrote, "I hear America singing."