Think Like A Gamer: Power Up Your String Player Stats 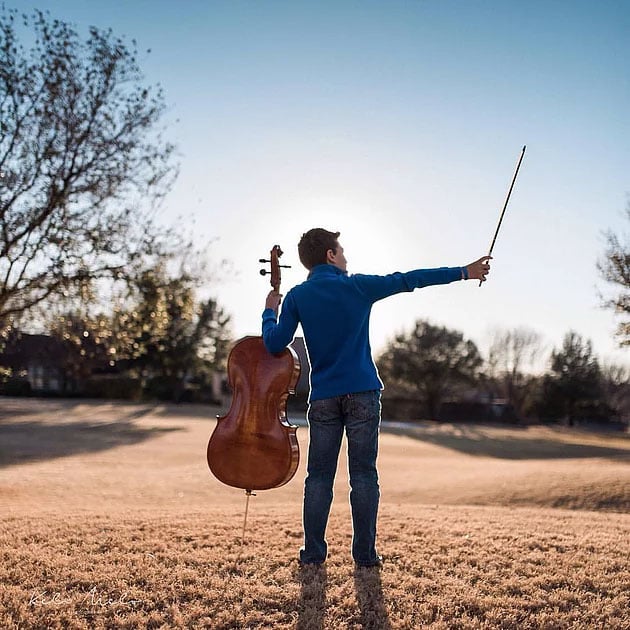 "He was engaged, identifying where he needed to improve, and giving up the small flashy upgrades so he could be a stronger player in the long run. The rewards were clear, and he was determined to reach the next level and win. How can we use this natural ambition for games to inspire students to be passionate learners?"

Neil Fong Gilfillan is a Suzuki cello teacher in Frisco Texas. He and his wife Rachel Samson on viola/violin run Chili Dog Strings, the only string studio in Frisco named after a dog. SHAR is happy to have their permission to share two blogs originally posted on their strings studio blog page, Think Like A Gamer: Power Up Your String Player Stats, by Neil Fong Gilfillan, and High Definition for the Practicing Parent, by Rachel Samson. Both of these blogs highlight the importance of parents and teachers reaching out at the level of the student to set goals that are both manageable and motivational. 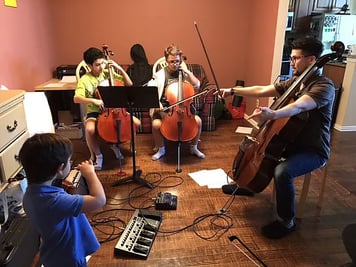 As a kid growing up, video games pushed me into a world where the outcome was completely up to me. When Mega Man jumped for a ledge and missed (falling and exploding into a pool of lava), it was because my timing failed. But whenever I powered up, it was because I fought the bosses in a smart order and unlocked those abilities. Sometimes this required planning ahead, meaning I had to get a copy of Nintendo Power magazine because Google or Ask Jeeves hadn't come out yet.

I can't take all the credit for that. My parents got me my first copy of Nintendo Power, and it came with the maps to Zelda. My mom, who to this day is a better Zelda player than I am, had me navigate through the guide and find our next goals on the map. When my dad would make Mario's running jump over Bowser and beat the level, I was fired up to learn how to do that by myself.

The game changed when Street Fighter 2 came out. I remember popping in a quarter, staring stunned at the character selection screen with no one to help me, feeling confused by all 6 buttons, and walked directly into fireballs until I lost.

I loved it and kept coming back, even though I had no idea how it worked and kept losing miserably in front of others at the arcade. After some research, I figured it out, and I remember clearly the moment when 8-year-old me had the ultimate victory--beating a teenager at the mall arcade with my new combo of jump kicks and low kicks. Even though I was really young, I was able to see for myself that striving to solve problems on my own yielded effective results.

The other day, one of my Book 1 students excitedly told me about a game he plays, how he saved up points to upgrade to be faster and more powerful, and how now he's winning in the multiplayer scene. He got his cello practice in for the week, so it's all good. From one gamer to another, I was really happy for him. More happy than usual. Then it hit me why--he was engaged, identifying where he needed to improve, and giving up the small flashy upgrades so he could be a stronger player in the long run. The rewards were clear, and he was determined to reach the next level and win.

How can we use this natural ambition for games to inspire students to be passionate learners?

In that lesson, I drew a character of him on a piece of paper, and wrote out his cello stats. By his left arm, we had things like "no thumb squeezing," and "left arm high." His torso had "posture," his right side had "sink in the string" and "bow hold." I'm sure there was something about no banana thumbs. We were both determined to upgrade those abilities! As the lesson continued and we made progress, I would add a tally mark to particular skills to show his improvement.

(Mine doesn't have tally marks, but you get the idea.)

Doing this allowed him to analyze his skills in a way where he could visualize his strengths, identify his weaknesses, and leave motivated to keep improving on his own (and in this case, with some help from his mom who is there at every lesson).

Ultimately, I think that being honest enough with yourself to analyze your abilities without fear is the major key to improvement--both on the instrument and as a person. Even if it will take a while, isn't it valuable to work hard and improve those critically important skills and habits?

On to the Next Level

If you want to hear something different, here's a clip from a Sega inspired jam session with my good friend and bandmate Drew Johnson (from The 440 Alliance). We combined his electric cello with my turntables to make the track, and I hope it inspires you to power up your skills, whatever they may be. 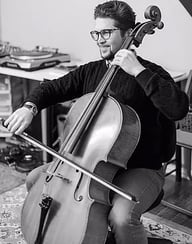 Neil Fong Gilfillan is a Suzuki cello teacher in Frisco Texas. He and his wife Rachel Samson (viola/violin) run Chili Dog Strings, the only string studio in Frisco named after a dog. You can find them on Youtube, Instagram, and Facebook! We are featuring this blog with their permission as part of a SHAR Guest Blog series. Title photo credit to Keli Cardoso de Molo. For more guest author blogs, staff writer blogs, tips, announcements, and product reviews, be sure to subscribe to the SHAR Blog!